One Simple Question to Guide You to Success 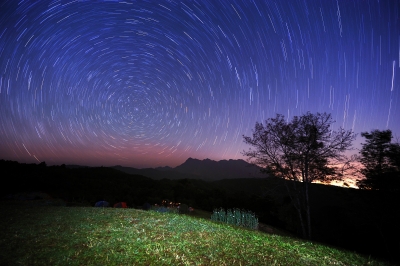 Last week I wrote a blog on list-making and where it all started for me. You may also ascribe to the limiting belief that if you could just cross-off all those items on your list that you’d naturally be productive and eventually achieve success.

Of course, you know deep inside that completing your list of to-do’s or projects does not equate with productivity or success.

And, it’s hard to change the fact that there is some intrinsic (and often external) reward for completing tasks you signed up for, no matter how inane they may be.

Marketing guru Seth Godin describes here an alternative benchmark for productivity: deciding what to do is even more important than doing it.

What? Deciding direction more important than time on task?

Think about it. When’s the last time you told an employee, or your teenager for that matter, “just make a decision!”  As if then all the stars would align, everything would fall into place, and you could get on with everything you were doing before they interrupted you to haggle the options.

And your gut was right, it turns out. When we focus our attention on a particular direction, our own native energy, in the form of attractor energy patterns, begins to beckon the energy of the cosmos to nudge us forward in that direction (see Power vs. Force by David Hawkins Ph.D. for more detail on this phenomena based in theoretical physics).

So, you mean if I just focus on it, it will come?

If this idea is new to you, you’re likely reacting with some skepticism that you could find that new career that brings in six figures, attract a mate with all the attributes on your “desired qualities list”, or pay off all your credit card bills in three months.

Hold on. I wasn’t suggesting that you could achieve things you don’t believe are possible, or that were only in your own self-interest. And, this is where the rub lies.

The key to using this energy to “have what you want” is that is also needs to be in the best interest of the whole universe, or cosmos. And being in alignment with the needs of the universe, as physicist David Bohm described, allows the “operants” of the holographic universe to simply work in your favor.

So throw out the ego, cause if your focus is solely on I, me and mine, this dog won’t hunt. Nope, your energy won’t align with the stars- it doesn’t even recognize your energy as something that will contribute to the universe and will pretty much ignore you.

The ancient sages and prophets have been telling us for eons that the awareness created by a deeper level of consciousness, and the resulting “common good” that comes from thinking of others, benefits us all- including you. Yep, your pot of gold comes from thinking about the whole universe- first.

If you’ve been dragging your feet in figuring out how your life affects this whole planet, and the universe, maybe a bit of self-interest could help here.

Here’s your One Simple Question: If it’s in your best interest to create success “out there” first- who would you become?

How would your current life purpose and intention change?

If you’re looking for clues for what that might look like- who was I meant to be?- give me a shout and I’ll help you dig up those clues through Life Coaching. Come learn how to manifest your personal pot of gold by first creating a rainbow. The initial Coaching Consult is free.